I visited San Francisco back in November 2017. It was a pretty spontaneous trip and whilst we had a few things we wanted to do, we didn’t really make any concrete plans aside from booking a trip to Alcatraz – as recommended by a few friends. I thought I’d throw together a guide of sorts with a few of my favourite things from the trip and some other tips I learned along the way. I think you could probably do all this in under four days if you wanted – we did take a day out to go shopping and see a film, so there’s certainly plenty to keep you busy!

As mentioned, Alcatraz was one of the few things we’d actually booked before we went. It was busy enough that booking was worth it, so I’d pass on the advice that I was told to book in advance! You don’t lose anything by having a plan. The pier that the tour starts from is easy to find (though I will admit we travelled by Uber for most of our trip so we were dropped right by it) and we didn’t have to wait too long to board the boat to the island at our given time slot.

I learned a lot on our trip to Alcatraz and the tour was so educational. The weather turned out to be some of the best we’d had for our visit to The Rock, and it was actually a little too hot to spend as long there as I would have liked. We had also walked the Golden Gate Bridge the day before, so my legs were still rather tired! There’s so much to explore on the island though and lots of photo opportunities if that’s your thing. A must-see that I’m so glad I did.

Next up is the Golden Gate Bridge. The day we visited was very overcast, but I was just grateful to be able to see the bridge at all having heard stories of it being shrouded in fog for many visitors! That said, it was much more impressive than my photos would have you believe, and I really was blown away by the sheer size of it. We grabbed breakfast beforehand and then got an Uber over to the bridge as there aren’t any BART stations nearby. As we were still jetlagged, I believe we’d walked over the bridge and back by 11am, and I managed to hit my 10,000 step goal for the day. There are open top bus tours across the bridge which I think would be a great way to travel (at least one way) and I’m sure we could have taken an Uber if we’d wanted. You can also rent bikes to cross the bridge but I don’t think the hire shop was open at the time we set off, and I’m not the most confident cyclist.

Pier 39 was on my list of ‘must-sees’, though I wasn’t as impressed with it as I expected. I don’t think November is necessarily the best time to visit San Fran, and Pier 39 definitely lacked something during the week. We did manage to visit again on a weekend and there was a bit of charm there – but mostly it’s just a slightly run-down pier area. The sealions are a sight to behold though, and their infamous smell is unmissable!

I had mixed opinions on this next one, but I think it would be a great visit if you’ve got a family! The Exploratorium is sort of like a science museum, with interactive exhibits to explore. As we went during the week, there were plenty of schools visiting at the same time which was a bit of a pain as we couldn’t get a go on everything, but to be honest we were probably slightly too old to be there anyway. We did have fun making a giant bubble though, and it was certainly a fun way to pass an hour or so.

Somewhere I didn’t think Sam would want to visit but I ended up persuading him to go to was SFMOMA. There was so much to see and I think we managed to spend about half a day just taking in all the exhibitions. There’s a fee to get in but I don’t think you had to pay extra for anything once inside – we certainly didn’t and I don’t think we missed too much, if anything. You’re also in the proximity of a couple of other places I’d recommend visiting afterwards – Union Square being one (head to the Cheesecake Factory inside Macy’s for great views!) and the Museum of Ice Cream. I was gutted that MoIC didn’t have any tickets left by the time I found out about it, but I’m determined I’ll go some day – maybe if they bring one to London? It’s very Instagram-worthy!

I’ve put together a little map of places I visited and a few I wish we had, so have a browse if you’re looking for things to do in San Francisco.

Have you ever been to San Francisco? What would be your must-see recommendation? 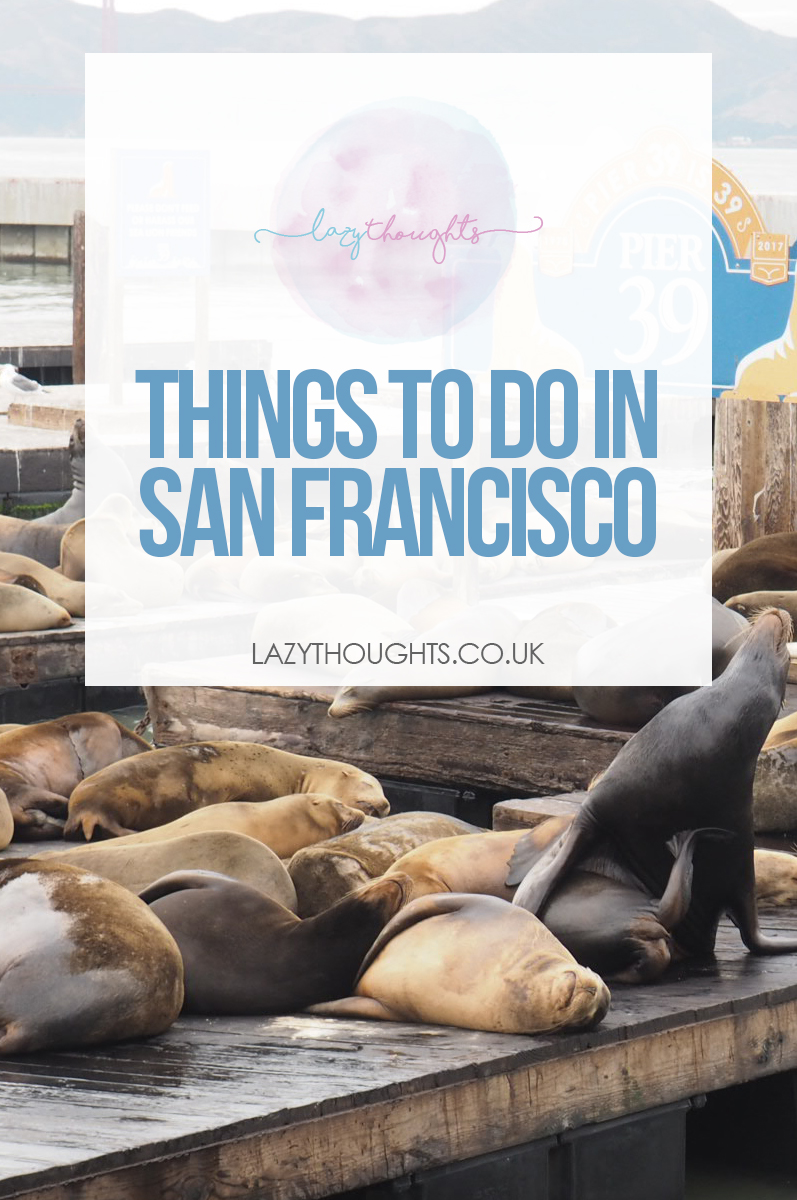