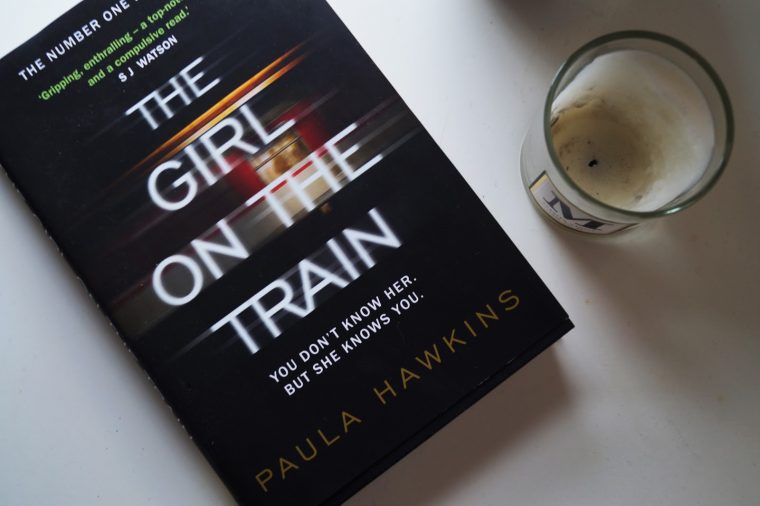 Rachel catches the same commuter train every morning. She knows it will wait at the same signal each time, overlooking a row of back gardens. She’s even started to feel like she knows the people who live in one of the houses. ‘Jess and Jason’, the calls them. Their life – as she sees it – is perfect. If only Rachel could be that happy. And then she sees something shocking. It’s only a minute until the train moves on, but it’s enough. Now everything’s changed. Now Rachel has a chance to become a part of the lives she’s only watched from afar. Now they’ll see; she’s much more than just the girl on the train…

My boyfriend got me this book for my birthday, and I must admit that prior to the 27th of September I had not heard much about it other than the title. I didn’t even read the blurb before opening to the first page, so I had no idea what to expect.

The story is told from three points of view; Rachel, Megan and Anna. All three of these characters are untrustworthy in their own right, but each also have very interesting and secretive stories to tell. Rachel is the main character – the girl on the train – who must uncover the truth about her past in order to discover the answers she is looking for. Despite her flaws, she was the character I identified with the most and rooted for throughout the book.

Megan is probably the most surprising character, and to be honest much of Anna’s narration annoyed me. However, as the three characters interact with each other, it is impossible not to be influenced by their opinions of each other and you find yourself taking sides even before you really need to.

I don’t want to give too much away, but if you haven’t read this book then I highly suggest that you do. The ending was a total surprise to me, but my boyfriend figured it out about 3/4 of the way through, so depending on how much you question as you read, you might find the ending predictable.

If you’ve read this book, let me know what you thought! Also add me as a friend on Goodreads (here) because it’s a really great platform and I need to remember to use it!