This is a bit of a different one for me, but I’ve been wanting to talk about how I’m feeling about Instagram for a while. My blog seemed like as good a place as any to do that, so here we are. First, some background. I’ve had a blog Instagram for a little over a year now, and currently have around 800 followers. It’s been a slow growth but I’ve had some great engagement and for the most part I’m proud of my account. I do my best to have a (somewhat vague) theme (which I’ve mentioned in this post) but it’s mainly snapshots, selfies and flatlays.

So, let’s start with the algorithm shall we? Like many bloggers, I hate it in some respects, but I can see its benefits. I never saw the posts of everyone I followed when it was in chronological order because I didn’t spend enough time on the app, but I don’t see them now either despite having had a clear out of people I actually want to follow. You could argue that in that sense nothing has changed, but my own engagement has definitely decreased which is having an impact on my enjoyment of the app, and figuring out its purpose with my blog.

One of the more confusing sides of the algorithm at the moment seems to be people gaining more followers when they don’t post than when they do. I’ve definitely struggled with this and it’s so weird to me. My main hope for the future of Instagram is that they fix the algorithm to work for smaller accounts.

Comment pods are also a massive thing at the moment, and I did recently join one to see what the fuss was about. I was part of one a few months ago but ended up leaving it because I couldn’t keep up. I wouldn’t say a lot has changed this time, apart from more people getting wise to the fact that they exist. I’ve read a lot of posts recently on whether it’s real engagement and that kind of thing, and I have to say I’m undecided. I don’t see it as a long-term solution, but I think if you can make it work and you aren’t engaging with random accounts you don’t really like, then it’s no bad thing.

One of Instagram’s features that I have been loving recently is Instagram stories. I wasn’t sold on Instagram stories when they first came to the table, but I guess you could say I’m converted. No more logging in and out of blog/personal Snapchat accounts, I can do it all from Instagram. I also think Snapchat’s filters are getting old. There’s only so many times you can use the dog filter before it gets a little boring. Plus, I already have an audience. With Snapchat I was struggling to grow and give people a reason to follow (I barely used it a lot of the time) but with Instagram stories my audience is already there.

Of course, that’s not the only new feature Instagram have rolled out recently. We’ve now got multiple photos. I’ll admit to being confused about this, and if I’m honest I can’t see myself using it an awful lot. I’m sure It’ll end up really working for certain accounts, but with the sort of things I post I can’t really see the benefits for me.

I should probably end by saying that I am enjoying Instagram at the moment. I’ve found hashtags that work for me and I’m consistently getting around 100 likes per post. My highest of the year reached 180+ which was such a huge achievement for me. Of course I’d love to be smashing 200 every time, but I’m aware that I’ll need a bit of growth for that. In truth, I can totally see why people are falling out of love with the app, but I’m not quite ready to give up on it just yet. What are your thoughts on Instagram? Are you still struggling with the algorithm? Have you joined a comment pod? Let me know your thoughts in the comments. 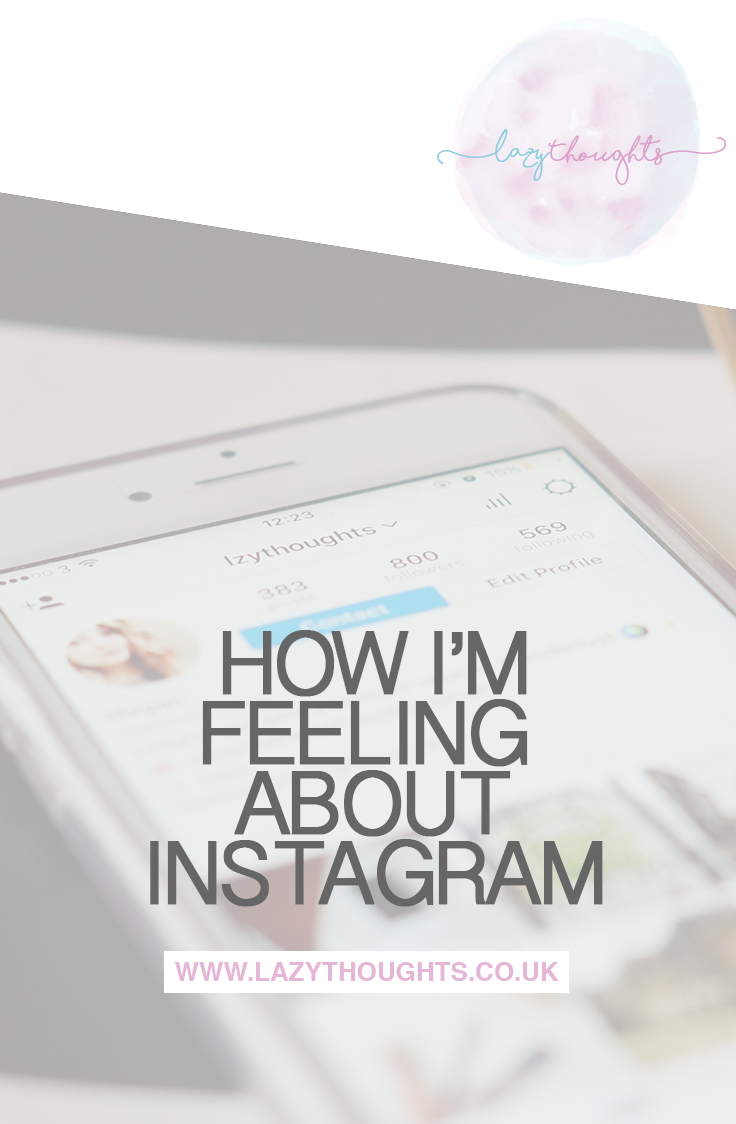