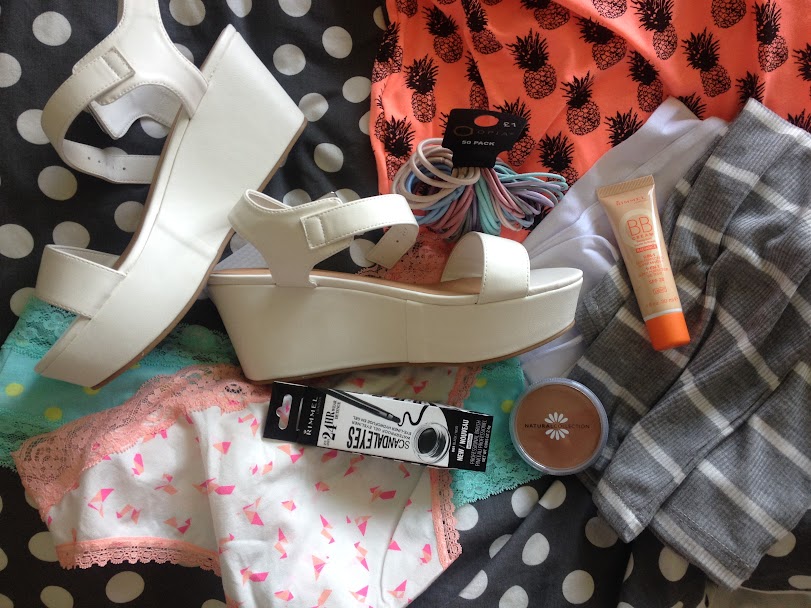 I mentioned in my previous post that I’ve left my camera at uni so I was a bit reluctant to take tons of photos for this post as all I have is my iPhone 4S which isn’t fab quality, but I hope you don’t mind as much as I do! Yesterday I popped into town to get some new summer clothes as I had a massive clear out of all the clothes I’d left at home over the past two years of uni, leaving me with a very minimal summer wardrobe. 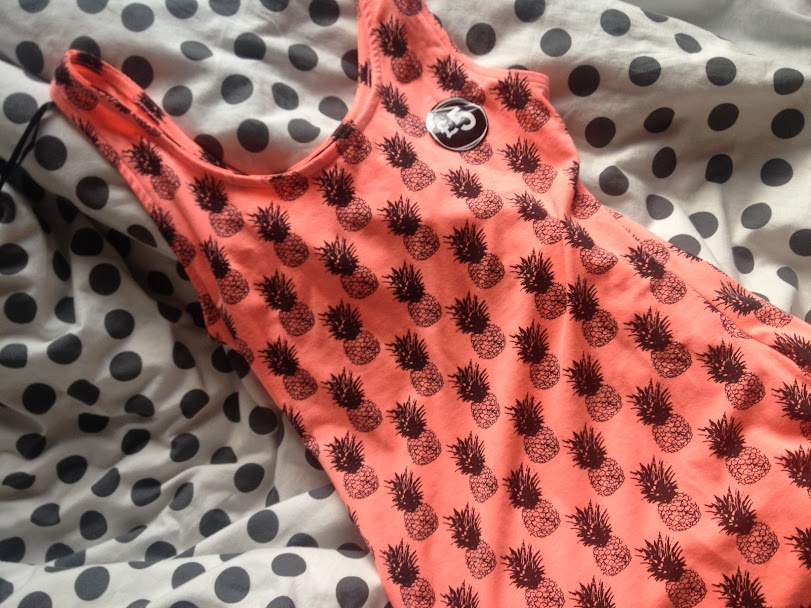 From Primark, I bought a pineapple dress for £5. For £5 I didn’t expect much, but I was pleasantly surprised to find that it’s not see through. It’s almost neon orange in colour, so it’ll be great in the summer with a tan!

I also bought a slightly cropped grey and white striped t-shirt, as I got rid of most of my summery tops. High-waisted jeans are pretty much all I own, so I really like wearing crop tops with them in the summer. 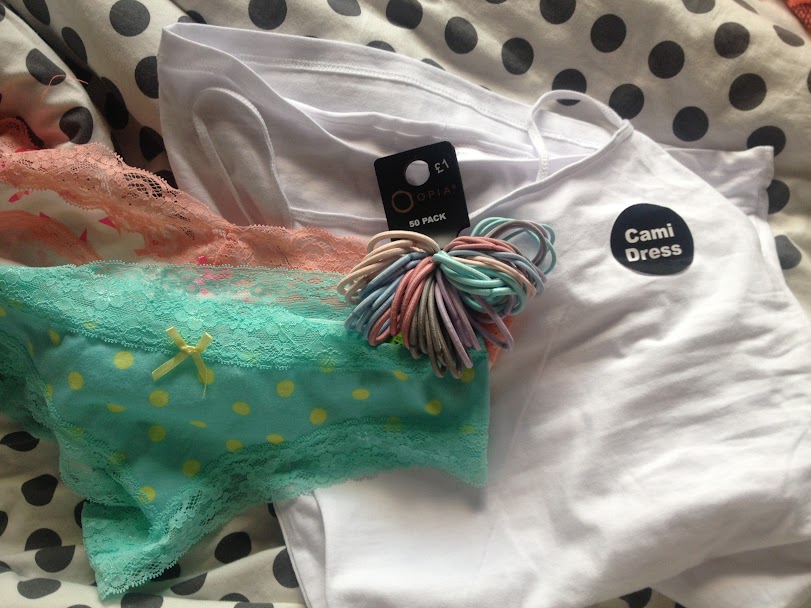 Next up are some basics; a white strappy cami dress which I’ve needed for ages and some hair ties. I always lose hair ties and bobby pins, so these £1 ones from Primark are right up my street. I also got a couple of pairs of cheap pants: I really don’t think you can go wrong with Primark underwear. A lot of my underwear is from Topshop, but Primark is just as good for half the price and not much less wear time. 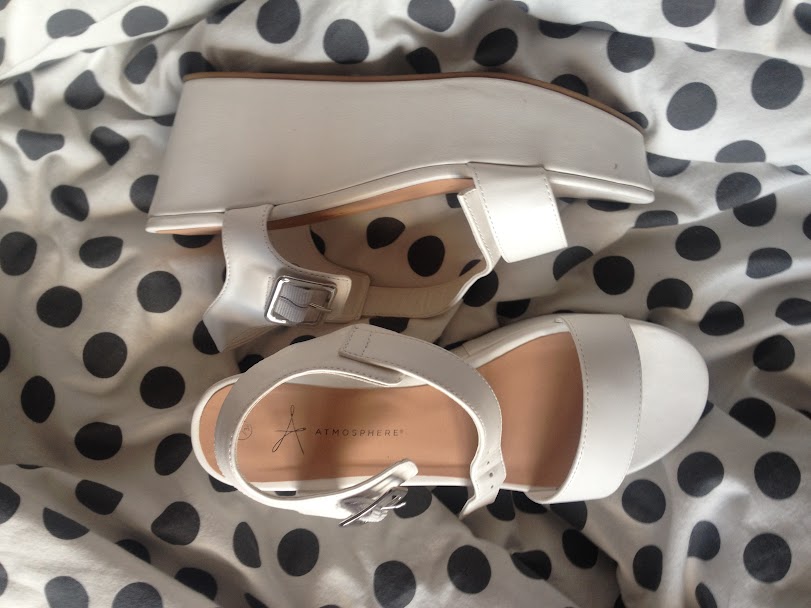 My last Primark purchase was a pair of white summery platform sandals. They were £10 and I absolutely love them! 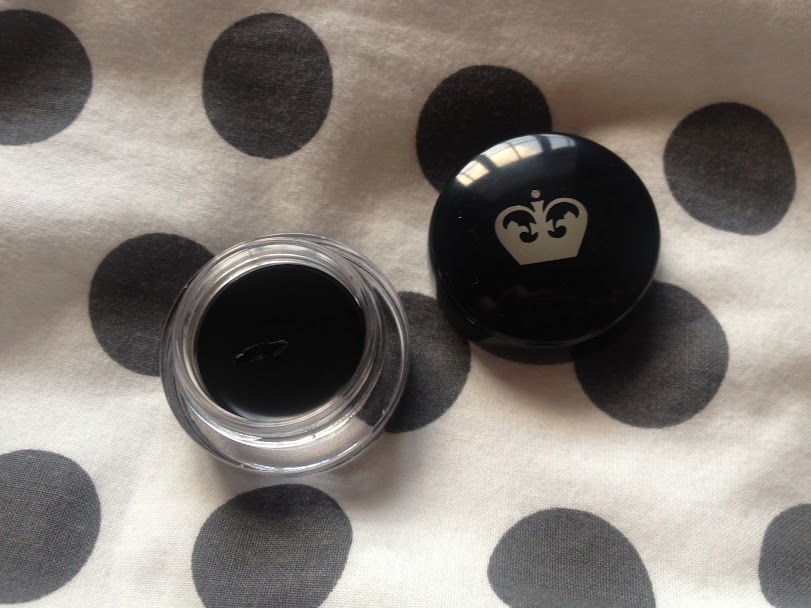 I only popped into Boots for a couple of bits, but couldn’t resist having a look. I’ve used the Rimmel Scandaleyes Gel Liner for ages now and I’d almost completely run out. The consistency had also gone completely different to how it started, which I hadn’t realised until I used my new one this morning! It’s so much smoother and my eyeliner looks so much better than usual! 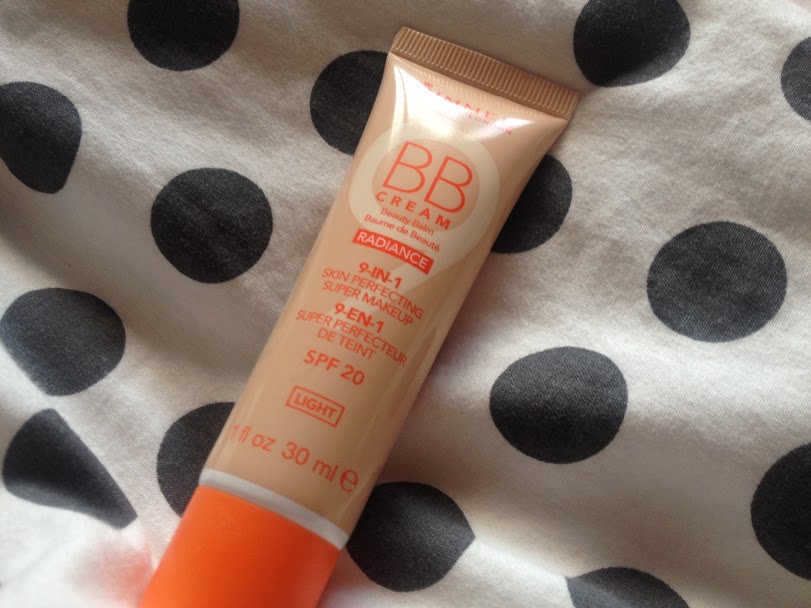 I always seem to run out of everything at once make-up wise, and this was the case with my foundation. I’ve been using the Seventeen Miracle Matte Foundation since last August but it’s been running out for a while now. When I last came home, I packed my Rimmel BB Cream to take back to uni with me, but that decided to run out the other day too. Since it’s getting into Summer, I decided to pick up a new BB Cream instead of a new foundation, and I believe this is actually the same as my old one, just with newer packaging. 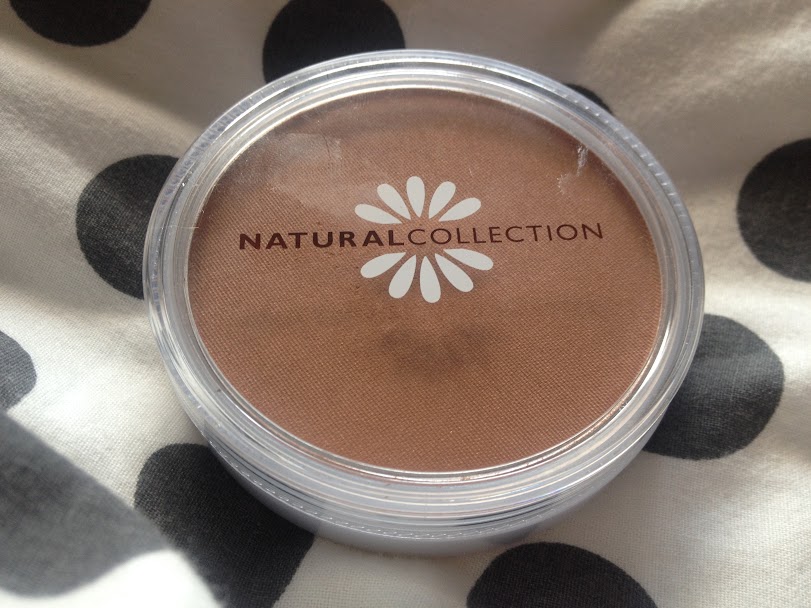 I also treated myself to a bronzer from Natural Collection. I want to ease myself into contouring so I wasn’t willing to spend loads at first, but I’ll see how I get on with this.

And that’s it! Usually I hate posting photos on my blog that I’m not 100% happy with but without a camera I’m at a bit of a loss.