Being on holiday has finally given me the opportunity to read some of the books I’d been meaning to read for ages. I bought this book in a charity shop for 50p at the same time as buying Come Clean, but I’ve been reading much more ‘serious’ books recently (Room, The Twins) and this one just got pushed to the back of the shelf. It’s a little bit Bridget Jones (which I still haven’t finished reading – definitely some sort of sin there) so I thought it would be a perfect holiday read. 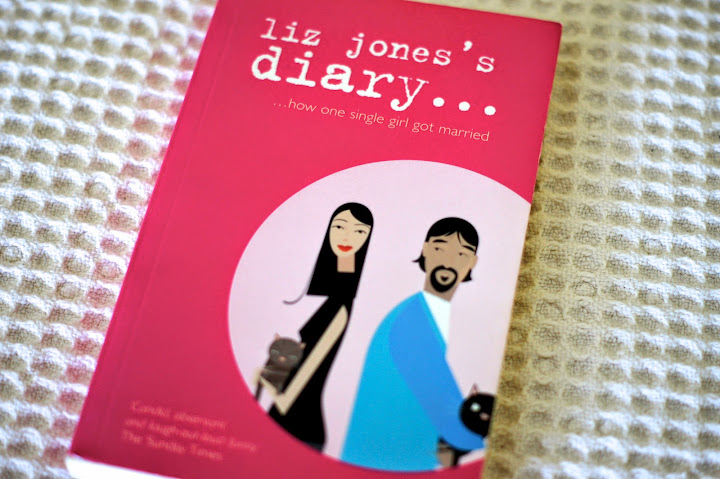 Liz Jones’s diary (how one single girl got married) is a hilarious and often heartbreakingly honest account of one relationship, from being stood up by the love of her life on Millennium Eve, to when she first meets a much younger and highly unsuitable man, through falling in love, living together and, finally, getting married.

I believe the book is a compilation of her various columns over the years, which actually works better than I thought. Jones’s style of writing and her tone throughout are absolutely perfect. You feel as if you’re catching up with an old friend over coffee rather than reading the ramblings of a (extremely high-maintenance) woman you’ve never met. Liz Jones is very different to me as a person, but I could still relate to much of what she was writing about, particularly in the first two parts of the book. I will admit I grew to dislike her more as the book went on as I struggled to decide if she was just being a bitch to her husband or if he was just being inherently lazy. I think maybe the point was that both were true, and it just highlighted the need for communication in a relationship – though maybe not intentionally.

I don’t usually quote parts of books in reviews, but I identified so strongly with this bit that I had to include it. “I never think I am worth getting to know. I never know what to say at parties. I worry I am boring. Not clever enough. So the thought of someone finding me attractive AND interesting, well, that just ain’t going to happen.” I mean, who hasn’t had at least one of those thoughts at some point in their lives; if not all of them? I think the fact that I could relate to Liz pretty much the whole way through was a real plus point for me and it made me really want to read until the end to see how things turned out.

If you’re looking for a book that’s a bit of fun and doesn’t require your undivided attention throughout, this is it. It’s quirky, it’s fun and it’s an insight into dating and relationships from a perspective that’s bound to resonate with most people.

I can’t really review the ‘story’ as such – it’s her life. But the way it’s told is brilliant and I could read Liz Jones all day and not get bored. However, it’s definitely a ‘holiday read’ for me as on the whole it’s a bit flimsy and the way she treated her husband annoyed me. Whilst I give Liz Jones a 5/5 for narrative voice, overall I’d give it 3/5.
← Previous Post
Next Post →